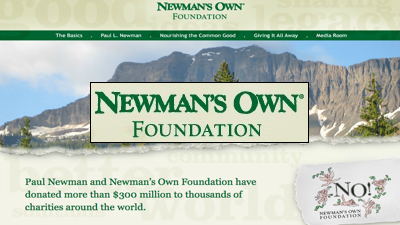 MyBillofRights.org* is extremely pleased to announce that we have received our second consecutive annual grant from Newman’s Own Foundation.The grant, in the amount of $50,000, is to support further development of our Arizona State Capitol monument project.
We couldn’t be more proud that our first two major grants have come from Newman’s Own Foundation, one of America’s most highly respected foundations, and are honored to have earned their continuing support.