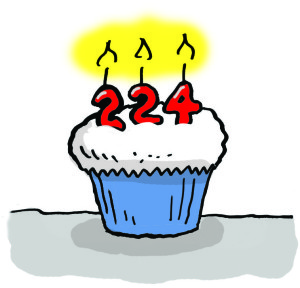 December 15th is Bill of Rights Day, the 224th anniversary of the most successful assertion of individual rights and liberties ever written. The date is as obscure as it should be celebrated. If you watched the news this morning, they were more likely highlighting National Cupcake Day. But it’s also one of the most important dates in American history, because without The Bill of Rights the fledgling United States would likely not have survived.
(PDF for download)
Barely a decade after 1776, shortcomings in the Articles of Confederation brought about a political crisis among the states, culminating in the Constitutional Convention of 1787. The new Constitution was ratified the following year, but that was not the end of the crisis, as a number of states made ratification contingent on a Bill of Rights being swiftly added to it.

With the fate of the Republic at stake, the two dominant political forces of the time – the Federalists and the Anti-Federalists – waged a public contest of ideas. It ended with the drafting by consensus of the first ten amendments to the new Constitution**, which collectively became known as The Bill of Rights, sealing the deal on the new Constitution when Virginia became the 11th state to ratify the amendments on this day in 1791.

The history of the document since then has been a stunning success. In a testament to the power of its ideas, the visionary principles embodied in The Bill of Rights which wee considered radical by most of the world at the time – freedom of expression and belief, the presumption of innocence, due process and equality under the law – are today lauded as universal human rights.

The expanding reach of these principles in our own country has been no less breathtaking. When The Bill of Rights was ratified its provisions only fully applied to 5% of the people living here. They didn’t apply to slaves, native Americans, women, or white men of less than a certain means or property.

But the amendments themselves do not contain a single exclusionary clause. So as our understanding of freedom grew from the experience of it, along with the wrenching tragedy of a civil war, The Bill of Rights remained a clear beacon illuminating the path forward. Today virtually all Americans expect that these rights and freedoms belong to all equally.

There have been setbacks and reversals along the way. President Roosevelt declared The first Bill of Rights Day in 1941. Two months later he issued the executive order interning all Japanese Americans, one of the darker episodes in our history. Today’s headlines remind us just how perpetually fragile the idea of a free, just, and civil society is. As President Reagan pointedly observed “Freedom is never more than one generation away from extinction. We didn’t pass it to our children in the bloodstream.”

This is why I founded The Bill of Rights Monument Project, with the mission of placing monuments of The Bill of Rights at all 50 State Capitols, to help inspire and educate school children and visitors of all ages about the founding principles of a free society.

It’s also why I’m so gratified that on this Bill of Rights Day bipartisan sponsors in the Oklahoma and Alabama legislatures are crafting resolutions for 2016 that will authorize monuments on the grounds of their Capitols. With America’s first monument of The Bill of Rights already completed at the Arizona State Capitol, and with site and preliminary design approval in Texas, this will bring to four the number of states signed on to our vision.

So happy Bill of Rights Day. Now go out and have a cupcake, because you can always exercise your freedoms to work off the extra calories!