Five Years In A Row! 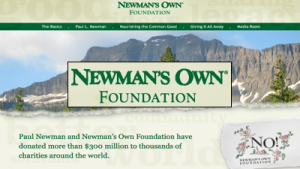 MyBillofRights.org* has received our fifth consecutive annual grant from Newman’s Own Foundation.* The funds will be used for general operating expenses as well as outreach for our new effort at the Oklahoma State Capitol.

We are proud and gratified to have the continuing support of this outstanding organization.