The announcement and followup news conference with both Senators and MyBillofRights.org* Executive Director Chris Bliss generated substantial press coverage around the state, and marked an excellent kickoff to this new effort. 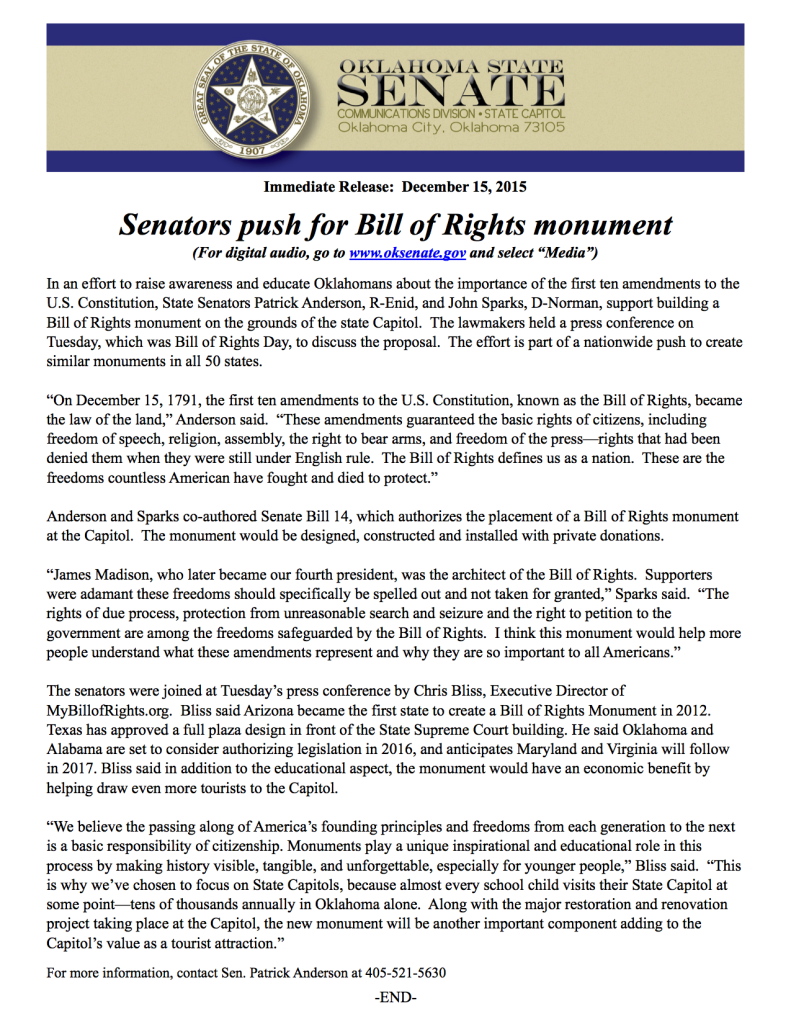