America’s First Monument of The Bill of Rights

Home  »  America’s First Monument of The Bill of Rights

The Bill of Rights Monument at the Arizona State Capitol was officially dedicated on the morning of December 15, 2012. The ceremony took place in a light rain, in front of a crowd of several hundred people gathered at the monument’s hillside site directly across from the Capitol complex in Phoenix. Dignitaries included Arizona Governor Jan Brewer, Phoenix Mayor Greg Stanton, lead sponsor and Congressperson Kyrsten Sinema, and Arizona Supreme Court Chief Justice Rebecca Berch. The date, designated Bill of Rights Day by President Franklin Roosevelt in 1941, marked the 221st anniversary of the date Virginia become the 11th State to ratify a group of ten constitutional amendments known as the Bill of Rights, making them officially part of the new U.S. Constitution. MyBillofRights.org* Executive Director Chris Bliss concluded the dedication with the following remarks:
“When I think about the American experiment and The Bill of Rights, I think about the great cathedrals of Europe, and imagine the passion they inspired in the people as they were being built and completed. Then I imagine that point several hundred years later, when they began to fall into disrepair, and to be viewed by many as expensive relics, no longer relevant to their modern world. When a great building reaches that phase, one of two things happens. It’s either restored, or it’s torn down to make way for the new. I think we’ve reached that point with the architecture at the center of our civic life, The Bill of Rights. I’m not one of those alarmists that believes our rights are under attack from hostile forces intent on destroying our way of life. I think the problem is more subtle. Our civic life has fallen into disrepair the same way as those cathedrals did, because of indifference and ignorance. The question is whether we are going to decide to tear it down, or commit to the hard work of restoration. Great ideas make a great nation, and The Bill of Rights is one of the greatest ideas in the brief history of human freedom. My hope is that this monument becomes one small step toward the reawakening needed to begin that restoration.” 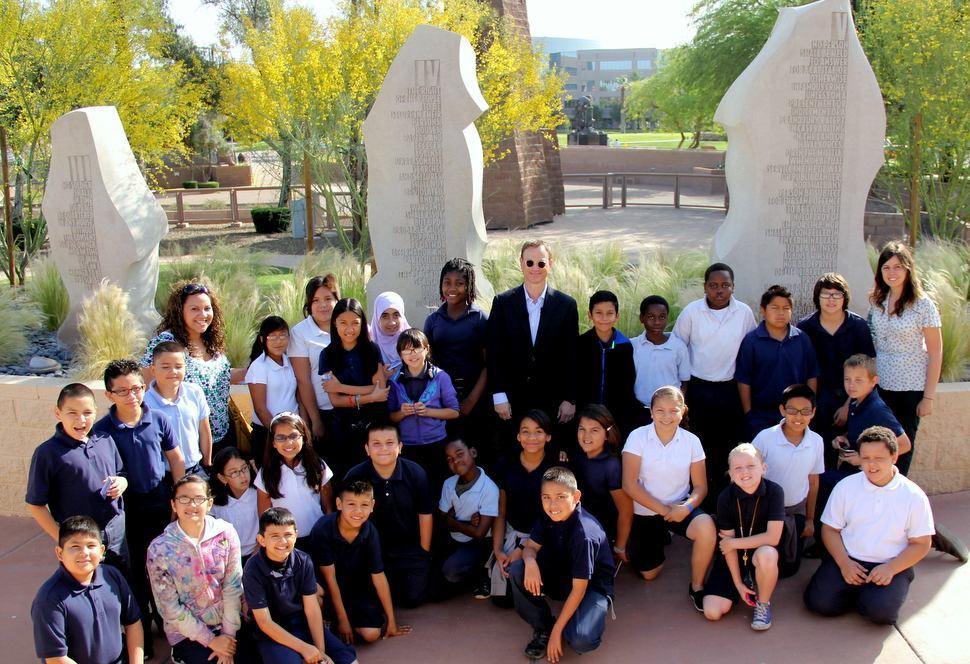